Mexico’s sugar tax - did it make a difference?* 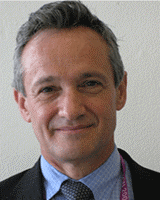 Juan A. Rivera is director of the Mexican Research Centre in Nutrition at the National Institute of Public Health.

Mexico faces an epidemic of obesity and has one of the highest intakes of sugary drinks in the world. In 2013, the Mexican Congress approved a $1 peso excise tax, (approximately 10%), to non-dairy and non-alcoholic drinks with added sugar. The question now on everyone’s mind is - did it have an impact?

What difference did the tax make?

In 2014 the sugary drinks tax was introduced. In order to understand whether this actually made a difference and encouraged people to buy less sugary drinks we analysed information from households in 53 cities in Mexico. Our evaluation, published in the British Medical Journal (BMJ), showed that the tax had an effect. The good news - on average there was a six per cent decline in the amount (ml) of taxed drinks bought during 2014 compared to pre-tax trends, and the downward trend reached 12% by December 2014. All socioeconomic groups reduced the amount of taxed drinks they bought. One of the major findings was that those from lower socio-economic households actually reduced the amount of taxed sugary drinks they bought more than any other group. On average they reduced their purchases by nine per cent during 2014, which by December 2014 reached a 17% reduction. Our findings also showed a four per cent increase in purchases of untaxed beverages, mainly bottled water, during 2014.

We ensured that the model adjusted for the pre-existing downward trends of taxed drinks since 2012 and for macroeconomic variables that can affect purchases.

The food and drink industry in Mexico commissioned two studies (unpublished), which found very similar reductions in purchases of sugary drinks in 2014, but industry has claimed that the tax lost its effects in 2015. However, this misleading claim is based on collective sales data without considering variables that change over time and influence purchases, such as population growth (about 1.2% annually), seasonality, and economic activity.

We conducted an analysis of sales data in 2014 and 2015, adjusting for these variables, showing declines of 6% in 2014 (same as in the BMJ article) and 8% in 2015. Reductions in sales in 2015 were also confirmed by an analysis using Euromonitor sales data after adjusting for population growth. These results suggest that the tax continued to be effective during the second year of implementation, despite the fact that inflation during 2014 (4%) and 2015 (2%) has reduced the real value of the tax.

Tax is only a part of a comprehensive obesity strategy

A modest tax of only about 10% was associated with a decline in purchases of taxed drinks and an increase in sales in healthier drinks that were untaxed, indicating that the tax was effective. However, taxing unhealthy food should be viewed as just one component of a broader strategy such as the one proposed by World Cancer Research Fund International’s NOURISHING framework.

To further increase its effectiveness, the tax should be increased at least to 20% and should be adjusted every year for inflation and economic growth. The money raised from the tax should be used to partially fund a comprehensive obesity strategy in Mexico.

As we gather for the World Cancer Congress in Paris, we look forward to presenting these findings in more detail and discussing the implications that they have for other countries looking to introduce a similar tax.